Poker Tournament is a tournament where players compete by playing poker. It is a game with a fixed format. Everything is predetermined – the blinds, buy-in, stack sizes, antes, structure and time limit. It can be as few as two players playing on a single table (called a “heads-up” tournament), and as many as tens of thousands of players playing on thousands of tables. The winner of the tournament is the person who wins every poker chip in the game and the others are awarded places based on the time of their elimination.
To enter a tournament, a poker player has to pay a fixed buy-in and at the start of poker tournament is given a certain amount of poker chips.
The buy-in can vary: free (freerolls) to 0.05 to $20 or even to $100,000. There’s always a cut for the poker room too, which is easier to see online. Most tournaments will be marked $X+Y where X goes to the prize pool and Y is the amount the poker room gets.
There are several types of poker tournaments that are available at online poker rooms.

Freeze Out. Most common tournament. Each player will make one single buy in and, after losing all their chips, are eliminated from the competition. Every player starts with the same amount of chips and play until one player has all of the chips.

Heads Up. It is a game that takes place between two poker players only. These are tournaments where players play a series of heads up matches (one against one) with the winner’s advancing in brackets until there is one player left standing. Heads up tournaments generally take place in three different structures: Single elimination (the simplest structure), double elimination (when the player loses for the second time) and the round robin format (where players play a number of matches against different opponents and are then ranked based on their record before the top two face each other).

Re-buy. In these tournaments players are allowed re-buy an unlimited amount of times if they fall below a certain amount of chips for a certain period of time, usually the first two or three levels of the tournament. Typically in these tournaments players can also add on at the break to get additional chips. Players can not simply make indiscriminate rebuys. They are only allowed to add on chips if the number they have is less than or equal to the number that they had at the start of the tournament. Visit 888Poker for best poker action online.

Limited Re-buy. In these tournaments, players can re-buy for a certain period of time, but only a limited number of times, usually one or two.

Satellite / Super Satellite. These tournaments are low cost options to getting into a bigger buy-in event. Players do not play to completion but play until the number of seats into the bigger buy-in event has been reached. For example, 100 players put up $100 for a chance to win a seat into a $1,000 tournament. There are 10 seats available. Once they reach 10 players, the tournament is over. It is usually worth a players give to try and enter the main tournament through satellites, as the buy in for the latter is usually much less than the buy in for the main event.

Turbo. These are tournaments that have either shorter blind level rounds, lower starting chips, or both, than a normal tournament.

Sit & Go. It is a type of poker tournament is very popular at online poker sites. Also known as S & G or SNG for short, these tournaments are characterized by the fact that they are not pre-scheduled. A Sit & Go will begin whenever there are enough people interested in taking part in the tournament and they fill the seats set aside for that particular event.

Single Table. Tournaments also known as STT’s are very similar to the popular Sit & Go tournaments found at online poker sites. This type of tournament structure is limited to a certain number of players, usually 5, 6, 9 or 10, although ten seems to be the standard number at most poker rooms and do not have scheduled time. Each player in the game begins with a number of chips, and the top three finishers in the game get the money.

Multi Table. Tournaments known as MTT’s, are poker competitions where a number of poker tables are involved at once. Essentially, all players begin the competition with the same number of chips, and they compete for each other’s chips as the blinds/antes increase. When a player runs out of chips he is eliminated from the competition. Throughout the tournament, players are shifted to other tables to keep the tables full (known as breaking tables). The final round of the multi table tournament takes place when there is only one remaining final table, played out between the last standing players, with the winner being the player who finishes with all the chips. Usually on top finishers in Multi Table Tournaments receive some type of reward, be it cash or other prizes. The number of players who receive a prize will depend on the number of players who registered for the tournament in the first place. RedKings Poker offer plenty of MTT’s. Also host a weekly €50K Masters guaranteed tournament.

Deep Stack. Tournaments that have a higher number of starting chips than a normal tournament.

Freeroll. This kind of tournament attracts players that it usually carries no entry fees and could be a good starting point for first time players to build up their bankrolls without making an initial investment.
It is important to remember that some freeroll tournaments might require one to deposit funds into a poker account or use points gained during play at the site as an entry fee. True freeroll tournaments therefore require no entry fee but the some of them will have special entrance restrictions. 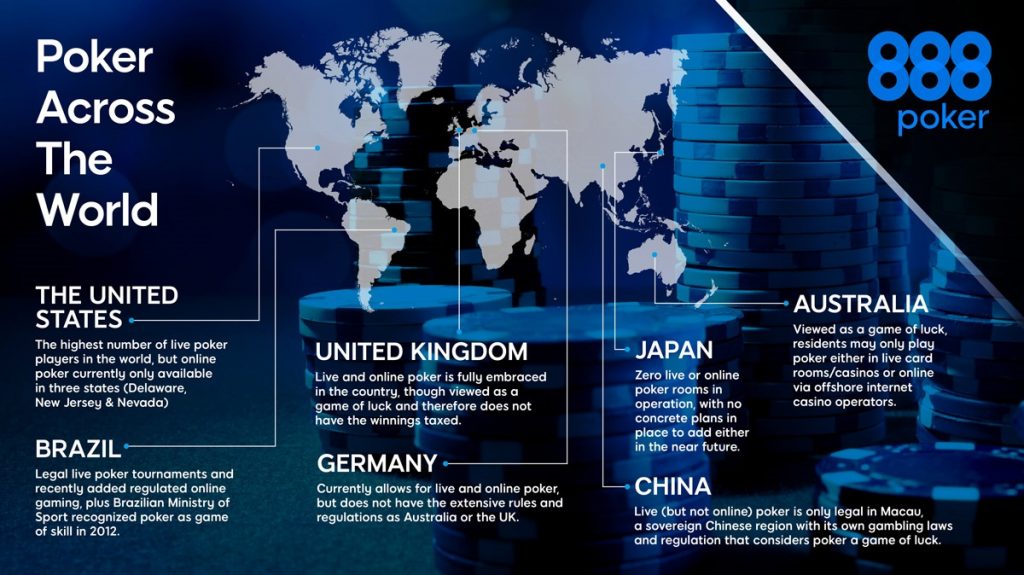